The Longshore and Harbor Workers' Compensation Act and its extensions, provide medical benefits, compensation for lost wages, and rehabilitation services to employees who are injured during the course of employment or contract an occupational disease related to employment. Survivor benefits also are provided if the work-related injury causes the employee's death.

Admiralty – refers to the common law of the sea, enforced by the federal Courts. Seamen have certain rights and remedies against their employers under Admiralty Law, if injured on the job or during a voyage.

Jones Act – a federal law that extended the Federal Employer’s Liability Act (FELA) to give injured seamen the right to sue their employer in federal Admiralty courts for their work-related injuries.

Longshore – literally means “along the shore”. Refers to maritime employment, other than work as a seaman. Includes work building and repairing ships, loading and unloading ships, construction or repair of structures to enable waterborne commerce, and other work on or near navigable waters in support of waterborne commerce.

Maritime – generally means “pertaining to the sea”. In connection with the USL&H Act, “maritime” work means work that meets the “situs” and “status” tests, including building and repairing ships, loading and unloading ships, construction or repair of structures that enable waterborne commerce, and other work on or near navigable waters in support of waterborne commerce. Also references work in connection with the Jones Act.

MEL – “Marine Employers Liability” coverage, often provided under a P & I policy or monoline, to protect the employer against his liabilities under the Jones Act and Admiralty law for injury to his employed seamen. Known as “Maritime Coverage” when provided as an endorsement to a Workers’ Compensation Insurance Policy.

Navigable water – a body of water or waterway which enables travel (in any size vessel) from one state to another or to the Gulf of Mexico or to an ocean.


Political subdivision – is a unit of the federal or any state, county, or municipal government, or an agency established by one of them, such as a water district, or school district, or a recreational district.

Situs – having “situs” means the work is on or adjacent to navigable waters.

Status – having “status” means the work is generally “maritime” in character, unless specifically excluded in the Longshore and Harbor Workers Act. Work as an employee of a political subdivision is also excluded.

Seaman – a maritime employee who works on a “vessel”, contributes to the functioning of the “vessel” and the accomplishment of its mission, and has a connection to the vessel or a commonly owned group of vessels. The general working precedent is that an employee needs to spend at least 30% of their time on this vessel or group of vessels to be considered a “seaman”.

USL&H – means the United States Longshore and Harbor Workers Compensation Act, a federal law in many respects like any state’s Workers’ Compensation law, except that it only applies to employers and employees engaged in maritime work.

Vessel – is a ship, boat, barge, or navigable work platform of any size.

This is a general guide only, individual circumstances and policy forms vary.

Bareboat Charter- The charter of a vessel without captain/crew.

Blue Water Vessel - One that sails outside the U.S., typically ocean-going or to/from the Caribbean.

Brown Water Vessel - A vessel, most typically a tug/barge, that operates in the river system or coastal U.S.

Collision Liability - Liability for physical damage to another vessel you might hit. Typically included in the hull policy up to the limit of that hull policy.

DBA - Defense Base Act - A federal workers compensation program for private workers on a U.S. Defense base. It is usually required by contract, and is most frequently covered as part of an international policy.

DOHSA - Death on the High Seas Act Available to seaman and non-seaman, A tort-based action for anyone who is killed upon the high seas beyond U.S. territorial water.

Hull - Physical damage to your own vessel.

Jones Act - The Merchant Marine Act of 1920, allows seamen a remedy to sue their employer for negligence in the event of injury or illness incurred in service of the vessel. 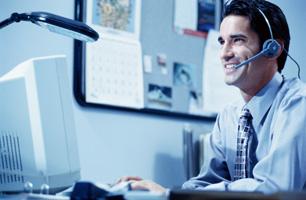 Call Longshoreman Insurance.com to have your questions answered!  844-677-6640  In California, Old National Insurance Incorporated, (longshoremaninsurance.com) does business as Longshore and Marine Insurance Agency.

Insurance and consulting for:

MEL - Maritime Employers Liability - A method of insuring an employer's liability under Admiralty law (Jones Act, Maintenance & Cure etc.) to his employees. It provides similar coverage for employers as contained in a P&I policy. It does not cover Longshore or any third-party liabilities.

MGL - Marine General Liability - Similar to a normal general liability policy, it is something adapted to expand or eliminate the watercraft exclusion. Typically includes products/complete operations and all usual CGL coverages. It is often based on older versions of CGL forms.

ORVA - Oceanographic Research Vessel Act - Allows scientists on officially classed research vessels access to the same benefits as seamen, without having to qualify under the Jones Act or sign seaman's papers.

P&I - Protection & Indemnity - The marine equivalent of Automobile Liability, it covers the liability of a boat owner for bodily injury and property damage. It may include or exclude liability to captain or crew.

Srll - Ship Repairers Legal Liability -  Physical damage to vessels, their cargo, and equipment in your care custody and control for the purpose of being repaired, or serviced.

TLL - Terminal Operators Legal Liability -  Liability for cargo in your care custody and control at a terminal prior to loading or after discharge from a vessel. Most commonly written in combination with Stevedores Legal Liability.

Towers Liability - Liability to a vessel and its cargo that you are towing or pushing.

Umbrella Or marine umbrella -  A combined excess policy. Sometimes has a drop-down provision. May or may not be excess over EL, Automobile or other non-marine policies. Wordings vary greatly.

USL&H - Longshoreman’s and Harbor Workers Compensation Act. (Actually should be LHWCA). It is a federal workers compensation program designed predominately for “dockside” workers.

Wet Charter - The charter of a vessel with a captain/crew.

WhLL - Wharfingers Legal Liability The marine version of “garage keepers legal liability.” Covers damage to vessels and their cargo which is in the insured’s care custody and control for storage, mooring, docking etc. Usually specifically excludes any repair work.
​